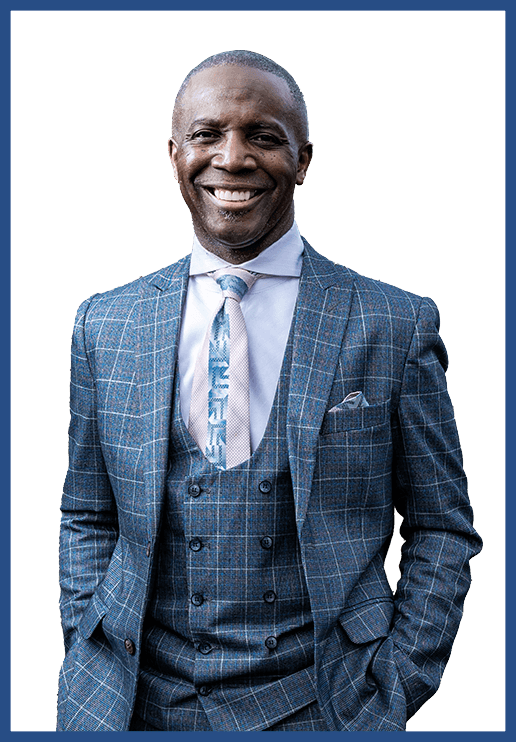 On September 16, 2017, the Maple Springs Baptist Church (MSBC) selected Reverend Jerome (Sam) Tarver, DMIN as its 4th pastor. Dr. Sam Tarver was licensed by the late, Pastor Emeritus Dr. Chester A. McDonald, Sr., to preach the Gospel on October 3, 1999, and was ordained by Pastor Emeritus Dr. Larry W. Jordan on June 23, 2007. Dr. Tarver is a child of God who loves children, especially his one daughter Jai Alicia. Dr. Tarver and his wife, Lovie have been very active in the lives of young people and until recently partnered to lead the Youth Ministry at MSBC and the Hope Missionary Program for the Lott Carey Foreign Mission Organization.

Dr. Tarver has a passion for serving God as evidenced by his former role as an usher and deacon. He loves the Word of God and his favorite Scripture is Mark 8:36: “For what shall it profit a man, if he shall gain the whole world, and lose his own soul?” Another passionate enterprise of Dr. Tarver is to actively guide, support and mentor others to maximize their latent potential. He seeks to help others discover, define and develop their purpose and destiny. He has been the guest preacher at numerous churches as well as guest speaker at various programs, graduations, retirements, promotion and commencement exercises for schools, organizations, colleges and churches along the East Coast. Dr. Tarver has been a member of the MSBC and resident of Prince George’s County for more than 25 years. His affiliation with the church and county began with his stationing at the Washington Navy Yard.

As a 30-year veteran of the United States Navy, Dr. Tarver concluded his career as a Commander serving as a Navy Judge Advocate representing Wounded Warriors. His military career has also included stints as a Prosecutor, Defense Counsel, Legal Assistance Department Head and completion of a six-month recall to active duty to serve as the Deputy Legal Counsel for the National Defense University.

In addition, to his active and reserve naval service, Dr. Tarver spent more than 22 years as an Ethics Official at the Department of Justice, Federal Bureau of Prisons, Office of General Counsel (OGC), advising and training staff regarding ethical integrity and equal employment opportunity laws. As the agency’s Ethics Officer, his duties included coordinating and maintaining the daily oversight of the Bureau’s Government ethics program, developing and reviewing new and existing policy for OGC; rendering advice and related assistance to the various components of the Bureau; developing and coordinating the delivery of ethics and sexual harassment prevention training and reviewing the Financial Disclosure Reports for members of the Senior Executive Service (SES). His level of expertise and commitment to serve led to his being requested to perform a detail for the White House during the Clinton Administration and to perform a detail to the Labor Law Branch of OGC to represent the agency in Equal Employment Opportunity Hearings.

Dr. Tarver has been very active in his community and has volunteered time providing numerous workshops and training for youth for his fraternity Alpha Phi Alpha as well as other Pan Hellenic organizations and other groups such as the Covenant House, DC Partnership Program, and Job Corps. He has served as Chair, Prince George’s Fatherhood Initiative. Furthermore, he is the former Chair of the Prince George’s County Law and Public Policy Program, a Mentor/Community Volunteer for the Academy of Law and Public Policy Program at Largo High School. He is currently a Guest Lecturer for the State of Maryland’s Law Links Program, member of the Board of Directors of the Cornell Law School and the Ellington Preparatory Academy of Arts and Sciences School, as well as Congressman Steny Hoyer’s Service Academy Selection Committee.

Dr. Tarver received both his Master of Divinity (2002) and Doctor of Ministry Degrees (2007), with a Counseling Emphasis, from Maple Springs Baptist Bible College and Seminary, where he currently serves as member of the Board of Trustees. These degrees mesh well with the Juris Doctor degree he received from Cornell Law School in 1990, with a concentration in Advocacy. Dr. Tarver also graduated from Brown University in 1987, with a Bachelor of Arts, as a dual major, in Afro-American Studies and Political Science.